Schlegel AG is a family business. Other Schlegel Group companies are Gastrofrit AG in Rorschach and the training centre in Altenrhein (AZA). Schlegel AG is based in Goldach on the eastern shore of Lake Constance in the canton of St. Gallen.

With around 100 employees and 40 apprentices in the commercial, technical and industrial sectors, we are an important employer in the region.

Since its foundation in 1973, Schlegel AG has stood for innovative solutions in the area of sheet metal processing, modern production facilities and highly qualified employees.

The Polish location complements Schlegel AG. Its strengths are also in sheet metal technology. As well as in the assembly of large orders and in series production.

In 27 years, Gastrofrit® AG has become the number one Swiss fryer manufacturer. The recipe for success: continuity in production development, customer-oriented action, constant renewal of the entire company and, last but not least, the corporate culture of a traditional family business.

The Gastrofrit® fryer treats the oil gently. The service life is thus extended many times over. The oil is often disposed of too early because it darkens with longer use. With the electronic quality measurement, disposal takes place at the right time. The goal should be to no longer have to dispose of frying oil. A large heating surface and, above all, precise temperature control that switches intelligently are the key. With the modern control system of the Gastrofrit®, the heating is controlled in a pulsating manner and thus the oil is heated gently. Significant temperature fluctuations and major overheating are thus ruled out. Our heating is directly in the medium. A deep-fat fryer depends on being able to transfer 100% of the energy directly into the oil medium when required, as the oil is otherwise subject to much too high temperature fluctuations when deep-frying goods.

Swiss quality also means added value in our industry. We vouch that over 90% of our added value takes place in Switzerland. The production of the units, including the heating, oil check and oil filtration system, is in Switzerland.

Everything from one source

Our goal is to fulfil our customers’ wishes by continuously improving our services. By using the latest technical achievements, highly qualified employees and the best materials, we are constantly setting new standards in sheet metal processing.

Our team accompanies your project from the beginning and supports you in all questions. From planning to delivery, we meet all our customers’ requirements in terms of: Quality, costs, time, design and ecological aspects.

We are the recognised centre for the development and implementation of sophisticated, complex total solutions with associated technologies such as stamping, folding, welding, bonding and assembly.

We are the innovative problem solver for our customers from industry and rail vehicle construction.

Our committed employees deliver outstanding performance every day with joy and initiative.

Attractive jobs with interesting and varied tasks as well as a good working atmosphere attract performance-oriented, dynamic and optimistic employees.

We want to have fun at work.

Walter Schlegel started production in a converted barn on Lochstrasse in Rorschach: two specialists, the first machines and a good dose of inventiveness expanded the customer base as far as Zurich. The customers from back then are still customers of the Schlegel Group today. Walter Schlegel founds an industrial sheet metal shop. With a few simple tools he manufactures sheet metal parts according to customer requirements. The economic upswing, Schlegel’s enthusiasm and his willingness to take risks contribute significantly to the success of the young one-man company. The company.

Committed to success: The Schlegel team builds a larger production facility at Rosengartenstrasse 11 in Rorschach. -At the pulse of time: Sheet metal parts are processed with millimeter precision using the latest precision machines, automatic punching machines and welding robots. Schlegel AG emerged from a sole proprietorship. Schlegel is the first Swiss company to equip an automatic punching machine with a CAD/CAM workstation.

Its growth leads to a fivefold increase in production space in Weiherstrasse. The Schlegel subsidiary Gastrofrit, which excels in the design and construction of deep fryers and pasta cookers, is also located here.

The company Gastrofrit is founded as a public limited company. The company Gastrofrit AG offers deep fryers and pasta concepts. The range of deep fat fryers is divided and subdivided into two series. This covers a large part of the demand from the catering and communal catering sectors. 90% of the entire range is sold in Switzerland. Although the products with the Swiss label can also be in demand internationally. Due to declining national demand, the company wants to take a further step towards internationalization.

After four years, the previous location is too small again. Schlegel AG acquires the former Polyfilm building on Blumenfeldstrasse in Goldach. Complex sheet metal constructions are produced for customers from all over Europe on a production area of 7000 m2.

The Schlegel family takes over the interior components division from Schindler Technik AG.

Distribution D / A / CH: The gastronomy markets are very conservative and are based on a network of relationships that has been built up over many years. In Germany, purchasing activities are often linked to membership in an association. If a piece of equipment has to be purchased, the Pentagast, cookmax, cent catalogue etc. are used. Price sensitivity is accordingly high. Pasta cookers from Gastrofrit AG are only used in Austria. Unfortunately, after three years of sales activities, we have not been able to position ourselves in the market and sell products with acceptable sales.

The year was marked by changes. The two locations Goldach and Altenrhein were merged. In the future, Schlegel AG will pursue a 1-location strategy managed from Goldach. Our expertise is the successful processing of sheet metal of all materials over decades using the most diverse and modern production processes for industrial customers as well as for national and international railway customers.

International. Our product range can be sold worldwide. Why don’t we do that? There is an upscale gastronomy worldwide that demands our products. We are competitively priced and with the USP we have an approach that is promising.

New product: OLFO. The product is being continuously developed and designed for international distribution. A unique selling proposition is being developed with ETH and ZHAW. A Swiss funding program is researching a sustainable approach so that the deep-frying oil no longer have to be disposed of. 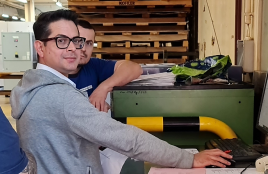 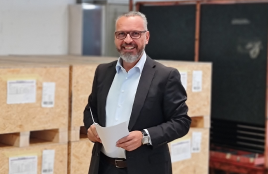 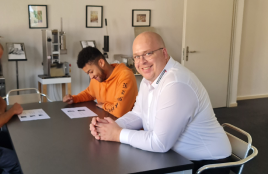 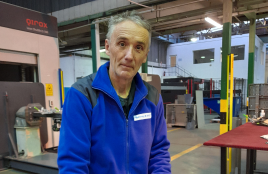 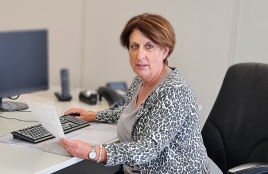 Successful completion of all trainees!

The apprentices of Schlegel AG were able… 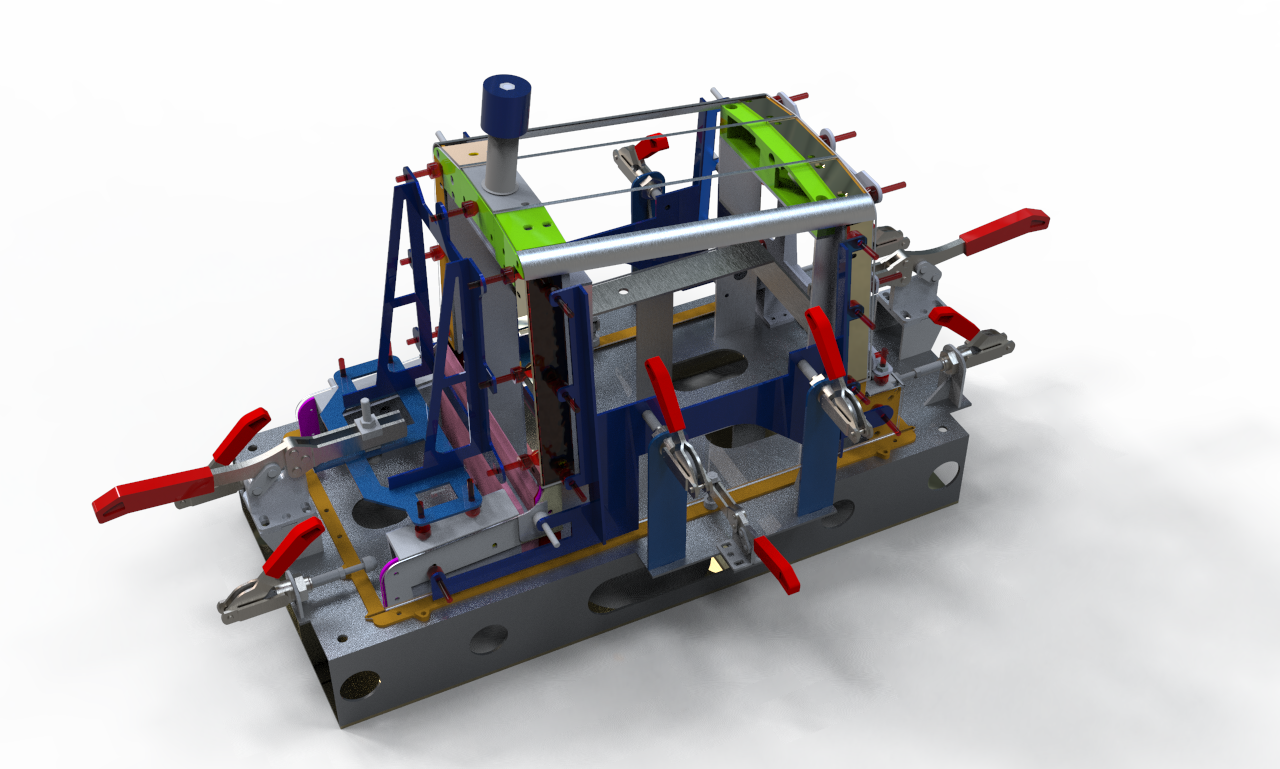 Now the time has come. One hour from Warsaw, in the eastern direction, lies Radom. The place